Do you have those people in your life who you think you know but as you get to know better you realise you don’t know them well enough to know what exactly they are about? And then you get surprised as you get to know interesting things about them, like they are amazing writers! Do you know those people? I know one of them. He is called Ernest and he wrote this post! I enjoyed reading it and I hope you will too!.

Share your thoughts about it in the comments section!.

AND I KID YOU NOT… 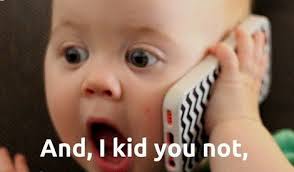 I met a girl, and I kid you not!
It wasn’t the way your thinking though, neither was it the way I wanted! Walking into one another from around the corner, books and papers in hands spilling all over the floor, so we bend to pick them up and knock our heads, then we smile, and both apologise, and eventually agree that she goes first and I later, no no no, it wasn’t that!
It wasn’t because we were at a class party, and got falsely imprisoned behind closet doors because a bottle she span had declared it so, nor was it because we walked into one another coz we were busy looking at our phones! It wasn’t because the popular kids in school bullied me, calling me a nerd and she was the humble heart that took pity on me, and then the chemistry built up from there, it wasn’t any of those dream coincidences that you want to happen, so things work out between you and the girl or boy you like and I kid you not!
It was the total opposite of dream coincidence, it was like the universe or who knows, Cupid herself was taunting me for wishing to meet her. So I am at the cafe  for a blind date; my friends have set me up with this girl that I have never seen, but they have assured me that she is a pure soul, has a weakness for a little exposure of the right body parts, and is in love with Africa. My naughty self decides the white fitting African shirt am wearing will make an impression and who knows, go along way in melting down her defences. I decided to shut everyone out because cafes are always filled with attractive women and am not taking chances, in case one is hot enough to make me forfeit my date.
Five minutes to date time, and before I get a chance to settle into my imaginary world with everyone else shut out, I am awoken by a very cold slimmy substance splashed all over me! My face, countable beards, new haircut, and killer fitting African shirt are all dripping with a milkshake! [It probably thought I was a better container than the glass in which it was!] Before I can even make sense of what is happening, there is this waitress down on the floor, and a group of guys over the next table laughing out loud! “Certified douchebags!” I thought; as I reached my hand to the waitress, who in a moment of terrible embarrassment would not take any help. I turned on my soothing self, said the right words and got her to ignore what had happened, and voila!, she took my hand and got up amidst endless apologies. Her hands were way too weak for the job, but definitely made for more gentle pieces of work. And her face; my oh my, was covered in more milkshake than I probably had on mine, I couldn’t even make her out. I offered my handkerchief, but she declined, and I kid you not.
She directed me to the washrooms, and I joked about how her she needed them more than I, but I quickly obliged and went to clear up the mess that I had become. No matter how hard I tried, I knew I couldn’t get as clean as I was and it was frustrating. While I was still going about it, I realised I had used up more than the five minutes I had, and had to rush back to the table, lest I would make a wrong first impression. But considering I was already quite a mess, I had no reason to count on first impressions anymore.
As I rushed out of the washrooms, face dripping with water, I met the waitress outside the door[her face now cleared, and she was a beauty, but I recalled shut everyone else out mode], a small towel in her hands, I grabbed it hurriedly and passed it over my face, thanked her and informed her I was late for my date; and that any other apologies would have to wait as I rushed out back to the table I was sitted before everything went down. There was no one there, so I matched right up and hoped for the best.
You will never guess who turned up to my table, and took a seat across me! [You know what, you can take a guess] It was the waitress, not only had my friends set me up, but my date as well, and I kid you not! Apparently, it was important to figure out the kind of guy I was! Whether I was the kind that would pounce onto the guys laughing from across the table with punches, whether I was the kind that would take it out on the waitress and quickly ask for the manager, and so on. She concluded it all by saying she was impressed by how I handled the situation, my calmness, kindness and maturity, and quickly added that such is what she was looking for in her date.
I looked her straight in her beautiful eyes, and boldy told scorned her for her set up, I told her about how I thought it was overly dramatic, and told her I had had enough of the date, and that there would be no other date, and walked away, not caring how she felt, and I kid you not.
Yes, she acted just like a girl and I wanted more than just a girl.

Anyway, non of what you read above is true, it was just something outta my imagination, and I kid you not….

So, I hope you enjoyed this post. Personally, I liked the fact that the story wasn’t cliche and obvious as I thought it would be when I just started reading it.

What do you think? Share your thoughts in the comments section.

Otherwise I hope you are okay. Have a great day!.